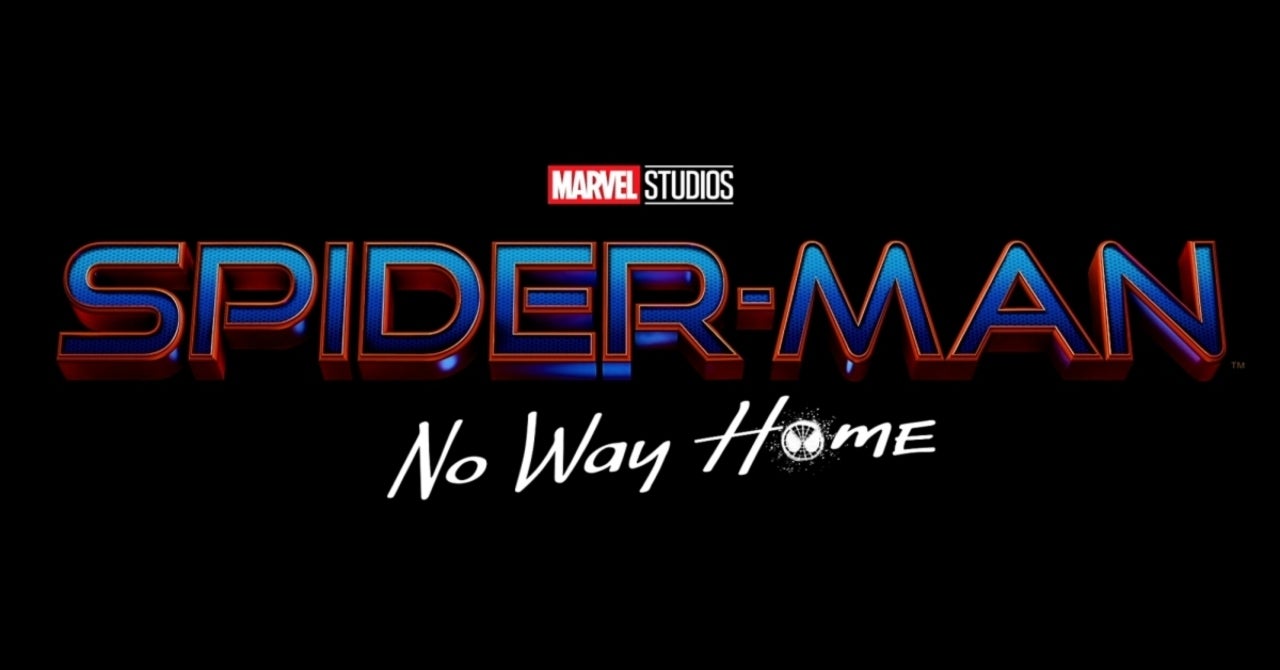 Well it finally released! After much speculation and rumours making their way around stating there wouldn’t be an official trailer, Sony Pictures and Marvel Studios dropped the trailer on Monday evening at 10pm.

If you haven’t seen the trailer because you probably live under a rock, here it is one more time!

The trailer itself broke the one day record for most watched video on Youtube raking in over 355 million views in under 24 hours!

Alright, obvious excitement aside there is a lot to decompress and notice within this trailer. So let’s break it down via timestamps…

00:00 – 00:26 – Peter and MJ are hiding on a roof while MJ peruses a local newspaper about journalists speculating the powers and abilities Peter has. We are also shown what looks like recycled footage from Far From Home where Peter is swinging with MJ through the streets of New York as J. Jonah Jamieson (once again played by the great J.K. Simmons) reveals his identity to the world.

00:26 – 00:32 – Peter is being interrogated about Mysterio’s death in England from the conclusion of Far From Home. He’s handcuffed to a table (not that the handcuffs would do anything) and looks to be getting interrogated by an Interpol/NYPD officer. It’s also worth noting that at the end of that short jump cut there is a white male in a dress shirt and tie showing Peter documentation. The internet is awash with theories of how this is Charlie Cox reprising his role as Matt Murdock from the Netflix Marvel show Daredevil. It was heavily rumoured last year that Cox would reprise his role and it looks like the studio heard what fans were asking for.

00:32 – 1:00 – Peter and MJ have a very relevant conversation about how if Peter is relieved that he doesn’t have to hide who he is anymore. Peter says that he never wanted to lie about it, especially to MJ and his family about it. But that he felt it was difficult to bring up the subject. Interspersed with jump cuts we are shown Peter having paparazzi and students follow him everywhere photographing him and taking videos. We are also shown a placard card held by a protestor that reads “Devil in Disguise” which is an Easter Egg to none other than Daredevil, furthering the theories that Cox will reprise his role.

1:00- 1:16 – Peter makes his way to the Sanctum Sanctorum to talk with Dr. Strange about asking him a favour. We are shown a very relaxed Strange sporting a tracksuit under a winter coat under his cloak of levitation. There’s no clear explanation as to why there is ice and snow inside the Sanctum. There’s some light banter between Strange and Peter in regards to first names before Strange lights a fire in the hearth.

1:16 – 1: 34 – Peter is shown in a new black coloured suit which is different from his stealth suit from Far From Home. He is seen unmasked in a cafeteria while several people point off screen as if he is pursuing someone. Peter grabs his mask and dashes after whoever he is following. Peter’s voice overlays asking Strange if he can use magic to make it so the world never found out that he was Spider-Man. This is ripped directly from the One More Day arc where following his unmasking during the Civil War Arc, Peter makes a deal with the demon Mephisto to remove his identity from the world at the cost of his marriage with MJ. Obviously in the movie, Peter and MJ aren’t married, but the reference is too blatant to ignore. Wong warns Strange not to cast the spell because of how dangerous it is as he leaves on an apparent vacation through a sling portal. Strange says he agrees not to, but once Wong turns and heads through the portal Strange winks at Peter.

1:34- 2:00 – Strange takes Peter down a set of stairs into the bowels of the Sanctum and begins casting the spell. He tells Peter that the world will forget that Peter is Spider-Man and Peter begins to have second thoughts. He starts asking Strange if his friend Ned, his Aunt May and MJ can still know and crosses the threshold of the spell. Strange warns Peter to stop talking and tampering with the spell, but in true Tom Holland fashion, Peter doesn’t know when to stop talking. The spell backfires as Strange screams and there is a blast of colour and stars as the spell fails destroying the room they’re in.

2:00 – 2:15 – The placard for “This Christmas” flashes across the screen as we are shown a cut of peter running on the ledge of a building to jump off and plummet towards nothingness as the City of New York folds in on itself like the mirror dimension from Dr. Strange. Strange’s voice overlays saying that “We have tampered with the fabric of space/time. The multiverse is something we know frighteningly little about”.

2:15 – 2:24 – Strange and Peter are riding a train in a desert (?) while Strange bends the train multiplying the tracks and the train cars showing that this is taking place in the mirror dimension. Strange’s voice once again overlays berating Peter that the reason for this is because he is trying to lead two separate lives; that of Spider-Man and Peter Parker. We’re then shown a slow-mo shot of Strange punching Peter’s astral form out of his body on the street in front of the Sanctum. Peter appears to be holding some intricate kind of box while all this is happening. We are then shown Peter on a blown out bridge in the Iron Spider suit extending his arms and looking off screen as if challenging someone to a fight.

2:24 – 2:35 – Jump cut after jump cut here. Strange’s voice continues to overlay saying that “The longer you do it the more dangerous it becomes” meaning the longer Peter tries to live two separate lives, the greater the chance of destruction. We are shown a shot of Happy Hogan surrounded by police aiming their weapons at him, while a SWAT team infiltrates a burning building. For the briefest of moments we are shown Peter in some sort of a lab as the shadow of the Lizard smacks into a field of some kind behind him scaring him. We get a brief jump cut of what looks like Sandman protecting Peter from a blast from Electro. Then finally, the coup de gras, Strange’s voice says be careful what you wish for as you hear the laugh of Willem Dafoe’s Green Goblin as one of his pumpkin bombs lands on the bridge causing a massive explosion.

2:35 – 2:45 – Peter looks off screen as we see emerging through a dust cloud are the arms of doctor octopus gripping into the concrete of the bridge. Alfred Molina in all of his glory emerges from the smoke with his other three arms, dressed in a classic dark green coat and black turtle neck saying “Hello Peter”. Peter assumes his fighting stance as the Iron Spider suit encases him in his armour as he prepares for the fight. The main title card shows up as the Spider-Man theme song plays in the background. Then finally we are given the date of December 17 as the release date.

There is so much to unpack in this trailer!

The big thing for me though is that GREEN GOBLIN AND DOC OCK ARE BACK!!! I remember going to see the first of the Raimi Spider-Man movies in the theater with my mom and grandma when I was 9 years old. Willem Dafoe to me is the perfect casting for two roles, one he has done: Norman Osborn/Green Goblin and the other I don’t think will ever happen… the Joker. I will say the Goblin suit from the Raimi movies left a little to be desired. The mask and glider were great but they gave him a weird power ranger looking suit and that just didn’t sit right with me. Having grown up watching the 90’s animated cartoon, I wanted more purple, but I also understand they had to update the suit for modern cinema.

Alfred Molina is by far the best casting for Otto Octavius that I have ever seen. Granted, he is the only live action portrayal, but he just looks like Otto from the comics and shows, minus the terrible bowl cut. His iconic portrayal of Otto in Spider-Man 2 from 2004 remains as one of the best supervillain castings of all time in my books. He had the right amount of smarts and gravitas for the role and he killed it. Seeing him once again brings me back to the days of seeing him fight Tobey McGuire on the side of a building and in the wharf district throughout the movie.

Now to go for the elephant in the room… Andrew Garfield and Tobey McGuire. Though Sony and Marvel kept a pretty tight lip on everything to do with this movie, some Behind the scenes (BTS) shots made it onto the internet. One of which is Tobey McGuire and Andrew Garfield in their Spider-Man suits on a scaffolding set in front of a blue screen. The studios can deny it all they want but it would be a pretty douchey thing to do to have the villains show up but not the heroes. I’m waiting to see Tobey, Tom and Andrew team up and kick some Sinister Six ass in this movie before they fix everything and go back to their respective universes.

Along with Dafoe Goblin and Molina Ock; Jamie Foxx is reprising his role as Electro from Marc Webb’s Amazing Spider-Man 2, and Thomas Hayden Church looks to be reprising his role as Sandman from Spider-Man 3. Add in a busted out Michael Keaton/Adrian Toomes/Vulture or Mac Gargan/Scorpion and you got yourself the Sinister Six! The original Sinister Six could be formed in this movie and to be honest, I couldn’t imagine a better reason for the three Spider-Men to team up than to take down the Sinister Six, but that’s just me.

Do you have any theories about the movie? Let me know down below!

See you Next week!