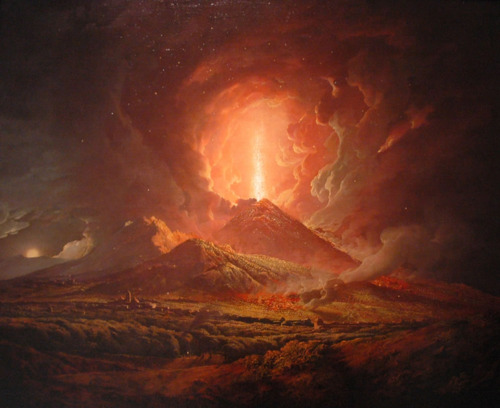 This week’s post comes as a request from the far north in Kenora from my friend Ben. As an avid fan of Game of Thrones (Lannister and Martell all the way), one thing that’s never fully explained in any of the books or the show, is the Doom of Valyria. As any show watcher or book reader would be able to tell you, the Doom of Valyria is a fabled tale that is spoken about in hushed tones, which saw the destruction of the land of Valyria (located on the south coast of Essos) and also saw nearly all of the Dragons of the world destroyed. So what happened that could kill dragons and their riders by the thousands? Read on and find out!

While there are plenty of nods and references to the Doom of Valyria or simply ” The Doom”, as it’s referred to by some in the Song of Ice and Fire book series, the actual story of it comes from a companion collection produced by George R.R. Martin himself. This book highlights all the major lore and history of the Game of Thrones world and also let’s you know that Westeros and Essos are not the only continents. To the south past the ruins of Valyria is the land of Sothoryos. This is a MASSIVE continent (bigger than Essos and Westeros combined) that has never been explored. It’s a mass of thick dense jungle with frightening beasts and diseases that kill all who venture there. The book mentions one Targaryen queen, thousands of years ago, who rode her dragon for 4 days and 4 nights over the continent to find the end, but she never did, it just stretched on as far as the eye could see.

I digress, but this just shows how much untapped potential there is the Game of Thrones universe that they 100% just decided to omit…

Valyria was more than just a city, it was a freehold that encompassed much of the known area of Essos. This freehold was ruled over by powerful noble families, all of which had Dragonriders.

Long ago, before the expansion of the freehold, the Valyrian people were farmers and shepherds. One day they discovered the “Fourteen Flames” a ring of dormant volcanoes in the Valyrian peninsula. When they ventured into these volcanoes and the area surrounding them, the Dragons were discovered. This bit of the story is debated in the history of the Known World, some claim Dragons were only from Valyria while others (the people of Asshai) claim they were brought to Valyria from the Shadow lands (a mountainous region on the far east of Essos). One thing that is agreed upon by all sources, the Valyrians were the first and only ones, able to tame and ride dragons.

The Valyrians used magic to tame and breed dragons for use as weapons of war which helped them expand the freehold. They established their capital of Valyria and built great topless towers, sphinxes with massive jewels for eyes, and massive forges where blacksmiths used magic and dragon fire to craft Valyrian steel weapons.

Roughly 5,000 years before the conquering of Westeros by Aegon, the Ghiscari Empire that controlled much of Essos (the slavers/masters in the show). Not taking too kindly to the rise of this freehold on their land, they attacked Valyria five times and each time they were beaten by the superior might of the dragons and their riders. Not wanting to risk the Ghiscari attacking their lands again, the Valyrians went on the offensive. They attacked the capital of the empire, Old Ghis, razing it to the ground and salting their fields so nothing will ever grow there again. With the Ghiscari defeated, the Valyrians adopted their slave trade and expanded their freehold into the western areas of Essos. As they moved across Essos, securing their rule, they acquired thousands of slaves that they used to mine the Fourteen Flames and built great massive roads from all of their outposts and colonies back to Valyria.

They came into conflict with the Rhoynish people who lived on the western edge of Essos and a war that lasted 250 years began. It ended when after a defeat of a small contingent of their forces and the loss of two dragons, the Valyrian military attacked with a flight of over 300 dragons and their riders. The Rhoynish people fled Essos and sailed across the Narrow Sea to Dorne where they established their new kingdom, far away from the Valyrians and their dragons.

The Valyrian freehold expanded to cover almost all of Essos, with the exception of the land east of the Bone Mountains (The Shadow Lands), and all of these cities and settlements owed allegiance to the freehold. Several cities were established while others were re-purposed for the use as retreats by the Dragonlords, Lys was one such retreat that was created.

Roughly 200 years before the Doom, the Valyrian freehold established Dragonstone as their western most point in order to keep an eye on the Lords of the Blackwater Bay.

Around 126 years before Aegon’s conquest and 12 years before the Doom, Daenys Targaryen, daughter of Aenar Targaryen, has a dream about the Doom of Valyria. When she tells her father about the dream, the entire Targaryen family abandoned their homestead in Valyria and sailed to Dragonstone to take up residence there. They brought with them 4 dragons and five dragon eggs, one of the dragons that came with them was a very young Balerion. The rest of the Dragonlords of Valyria viewed this precaution by the Targaryens as cowardly and disowned the entire family for their retreat form their homeland.

Not much is known about the cause of the Doom. Some postulate that it was a natural disaster that was meant to occur no matter who or what lived there, some believe it was the greedy work of the Valyrian sorcerers that caused the Gods to punish them, and others believe a simple spell backfired and caused a catastrophic chain reaction. Whatever the reason it happened, many sources all claim the same things transpired.

For whatever reason, the Fourteen Flames exploded in a massive eruption. Normally, one eruption would be nothing to worry about for the Valyrian people. Sure, they would lose things but they would just be able to rebuild. The problem was that all 14 volcanoes erupted at the same time. That much force split the ground and caused massive destruction. The volcanoes threw smoke and lava and ash thousands of feet into the air. Lakes and rivers boiled away while others became massive pools of acid. The earthquakes destroyed the entire city and the land it was situated on and sank it into the peninsula. The sea rushed into this newly created crater and killed all those who didn’t die in the initial blast. The ocean that filled the crater is said to be red in colour and constantly boiling and roiling in an endless torment. There is a perpetual fog that hangs over the entire area which makes all sea captains weary of the area. The dragons that were in the air were cast out of the sky by the lava being thrown into the atmoshpere by the volcanoes. They were brought down to the ground and those that didn’t die from being melted or suffocating, drowned when the ocean flooded the city. The sea around the destroyed city is said to be filled with ghosts and demons of those who died in the Doom and they will prey upon all who come into their ruins. The only dragons that are KNOWN to have survived this ordeal were the ones taken by the Targaryens to Dragonstone.

With the capital city of the freehold gone, along with their secrets and dragons, the freehold collapsed in upon itself. Eventually the Ghiscari established New Ghis, taking up their old slaving routes and business now that the Valyrians were out of commission. Many secrets were lost with the Doom. Magic once known by all has since become rare, the secret to crafting Valyrian steel weapons is gone leaving only those that were previously made left in the world, and the secrets of breeding and raising dragons are gone.

The Ruins of Valyria are said to be haunted by not just the stone men (people infected with Greyscale), but by the ghosts and spirits of those killed in the Doom. Nobody ventures there unless they have to and if they do, nobody goes back a second time.

Since the Doom only one sea captain has been known to have braved the roiling ocean of torment and the fog to walk on the shores of the doomed city, that captain was Euron Grejoy. In the book series it is said he sailed by himself to the ruins of Valyria and found the horn Dragonbinder. This Horn will bind any dragon to his will, but only those who are worthy can blow into it without dying.

There you have it! Short and Sweet, the history of the Valyrian freehold and the Doom. I know I for one was always intrigued by the event as they mention it in the books and show but was always sad they never explained it. As my friends would say, I’m a lore whore. I prefer to know the back stories and machinations that led to the events in the games/movies/books/shows rather than just the events themselves. I know there aren’t many like me, but this does give me a unique ability to answer these types of questions for people. See you next week!