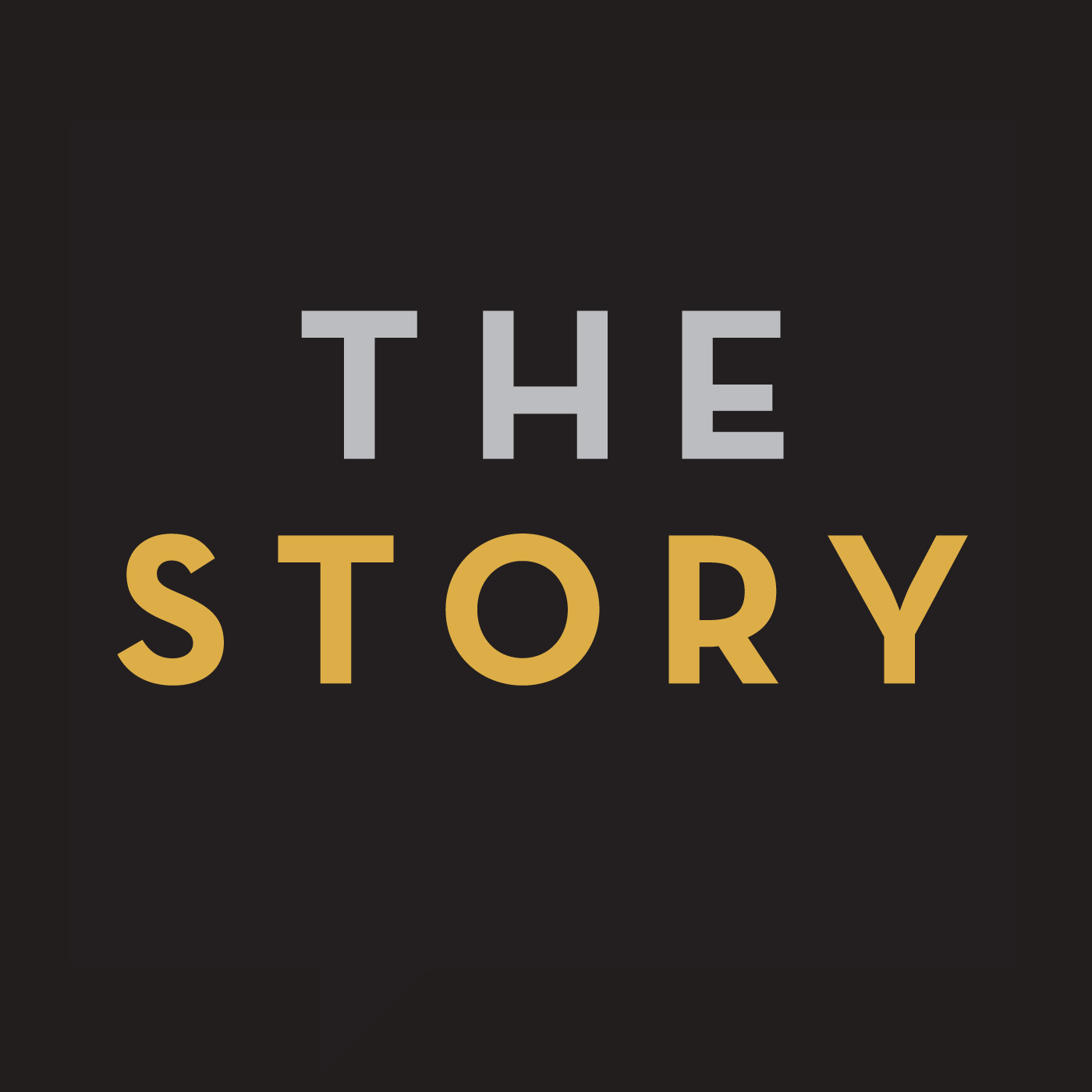 For this week I decided to take all of my interests and try and condense it into a topic that covers everything, Story. A good story obviously has a lot of elements to engage the consumer and maintain their interest no matter the cost. I’m going to look at examples of my favourite entertainment mediums and highlight when stories have worked and when they’ve flopped. There are obviously exceptions to every rule but as a general stance, story is something you should never ever compromise. I’m going to highlight one failure and one major success for each category, let’s dive in…

Oh gaming… I could write a full post about games that were supposed to be great and dropped the ball *cough* Anthem *cough*, but I’m going to focus on two games that I’ve played extensively, Witcher 3 and Destiny. First let’s look at the one that botched the story, Destiny.

The inaugural piece and focal point of Bungie’s deal with Activision/Blizzard (a deal that has since fallen through), really shit the bed on the whole story telling front. While you would play missions through the game, unless you were paying attention to the barely audible dialogue of your ghost (your companion), you missed everything. I know some players who played over 40 hours in the game and still can’t tell you what the main focus of the story was. It appeared that you were fighting the Fallen (aliens), only to switch and fight the Cabal (more aliens), then switch to the Hive (even more aliens) and finally end up killing a Vex God (another race of aliens). What made it worse was that the majority of the story and the background lore was only accessible through Grimoire Cards. You earned these cards by playing the game but had to go to the Destiny website to actually read them. Ya, you had to do homework to understand the story of the game… Not only did they botch the story, but the best part of it, the fact your Ghost was voiced by Peter Dinklage (of Game of Thrones fame), was removed in their first update! They took out Dinklage, due to scheduling conflicts with Game of Thrones, and brought in Nolan North! I mean, respect to Nolan North, he does some great work, but you don’t replace Dinklage with him. They also replaced Nathan Fillion with him as well! Fillion voiced Cayde-6 (one of the Vanguard Guardians, and my favourite character) and provided most of the humour for the game. In Destiny 2 he was replaced by North and then they just straight up killed him! I am not a happy camper about that…

It’s no big secret that I love the Witcher games. They’re expansive, lore filled, and actually follow a comprehensible story. From the first game that was released on the PC way back in 2007 to the Wild Hunt which was released in 2015 (now holding the most awards for any single game at 251) the story has continued to captivate audiences since its release. The main protagonist is Geralt of Rivia, a Witcher (Monster Hunter) and focuses on his various adventures detailing his exploits and his training and protection of Ciri, the daughter of the Emperor. Each game delivers a new and exciting story to the Witcher mythos and entices consumers to expand their knowledge on the subject by buying the graphic novels and original works by Andrzej Sapkowski. I remember seeing the trailer for Witcher II: Assassins of Kings, in a Gamestop with couple of friends during a trip to Kingston. As the TVs show a rotation of current and upcoming trailers, the trailer for Assassins of Kings came on and everyone stopped to watch. I do mean everyone. Myself and my friends, the employees, and the other patrons all stood stock still watching this trailer. I have never seen anything like that until the explosion of the MCU and their genius marketing campaigns. Here’s the trailer for your enjoyment:

Films are actually notorious for skimping on story for some big blockbuster action sequences. Films like the Michael Bay Transformers franchise beat this practice to death… Not all film franchises do this, but there are quite a few that fall into this practice.

Justice League… oh what could’ve been if not for studio interference… I know I have praised this film before on this blog, but the nostalgia glasses were pulled off my eyes long ago and I have seen the light of truth… it’s a bad movie. Do I still like it? Yes, because liking something and it being considered “good” are not mutually exclusive. I LOVE the Marvel Ghost Rider films, are they bad? Obviously! But because of my love for the character I can look past it, the same thing can be said in the most part for Justice League. Here’s the problem with Justice League, the story makes no sense! Literally none. When WB got wind of Zack Snyder’s plan and his vision they got scared because of the lackluster performance of Batman V. Superman, and frankly, can you blame them? Zack was eventually removed from the project, whether by his own volition or the studio and him parting ways and Joss Whedon was brought in to revitalize the movie. People give Whedon a lot of flack for the film, and some of it is rightly placed, but he didn’t really alter the story at all. He added pretty much ALL the humour in the movie and added some more character interactions to make the League appear as more than just wooden and emotionless demi-gods. I have long said that WB and DC comics make movies for comic fans whereas Marvel makes comic movies for everyone. The main issue with not only Justice league, but Suicide Squad and Batman V. Superman is that DC assumed everybody knew the characters. Which a lot of people didn’t. The core characters obviously, but not the secondary and background ones that influence the plot. They assumed you knew the motivations and back story of all the characters and only chose to highlight the ones they deemed important. These large assumptions meant that the story was gutted and replaced with more action which is one of the MANY reasons the movie failed.

THE LORD OF THE RINGS

This is Peter Jackson’s crown jewel. The theatrical cut makes perfect sense and the extended cuts for the purists deliver all the extra content in spades. This is the ONE book to movie adaptation that nobody has any complaints about.

I’ve already done an entire post on this run so I’m not going to dive to far into it. To be frank, it was really ridiculous and unnecessary. Marvel Comics and DC Comics seem to have this idea that there needs to be some sort of “event” or “crisis” every year to keep readers interested. I understand their thinking, but when you have so many events that you have to start putting “II” after it because you ran out of original ideas, it’s time to just take a bit of a break. The story line involves an Inhuman named Ulysses that can see the future. Nobody is sure how reliable his visions are but Captain Marvel and her side think that Ulysses’ visions are enough to warrant arrests and pre-emptive attacks; whereas Iron Man and his team want to test the reliability of the visions first and think the crime needs to be committed before the punishment can be dealt out. Captain America said it best in Captain America: Winter Soldier “I thought the punishment came after the crime?”Not only was it ridiculous, but the story line seemed to be there just to remove certain characters from continuity to make room for a more diverse line up. The original Civil War was probably Marvel’s best event and its ramifications can still be felt in the comics. This second one though, it was just a cheap sequel to try and cash in on the success of the first massive hit.

This masterpiece by comic legend, Jeph Leob, was released in 1996-1997 and still remains as one of the best Batman stories ever written. It starts on Halloween night and continues through all the major holidays as Batman races to solve the mystery before more people die. It introduces us to great characters like Calendar Man, and long time favourites like Catwoman, Joker, Harvey Dent and Jim Gordon. The iconic art style really helps to complete the story as told by Leob and immerse the reader in the tale. The story is not predictable and throws you for twists and turns as the victim pool grows. We are shown some iconic images from the Batman mythos and the descent of certain characters into madness. All in all it’s a gripping story that grabs your attention right away and refuses to let go. I found myself unable to put it down. I read the entire thing, all 13 issues, in a matter of hours and was floored by the ending. First and foremost, this is a mob story. The main characters are those of the Gotham crime families with Batman, the GCPD and other masked individuals scrambling to either pick up the pieces or get out of the way of the inevitable gang war. Leob weaves an intricate tale of deception and double crossing to deliver one of the most commercially and critically successful Batman stories of all time.

Story is THE most integral part of any type of media. Movies, games, comics, even music; all tell a story and when you sacrifice that for some more flashy elements, your creation suffers. I wish some companies would realize this and stop putting out garbage products which serve no purpose other than to try and make them money. They can’t be proud of what they produce and as a fan I can probably say, the fans really aren’t either.

One thought on “Story – One Thing You Should Never Skimp On”