I, like many others, went and saw Black Panther this past weekend when it released. The theater was packed and the anticipation was high among all those in attendance. When the Marvel title card appeared on the screen, I had a last thought of “what if this movie sucks like Justice League did?” I am glad to say that this was definitely not the case! From the opening scene to the end of the second post-credit scene (yes there are 2), the movie never stopped. The entire cast knocked it out of the park with their portrayals, and Eric “Killmonger” Stevens would give Loki a good run as Marvel’s top villain.

Now that we have cleared that up let’s dive into the review.

*THIS WILL BE A SPOILER FREE REVIEW*

THE STORY SO FAR

Prior to the beginning of the movie, we have been given quite a it of a story involving Panther. He first showed up in Captain America: Civil War after the bombing of the UN gathering, which was held in order to sign the Sokovia Accords.

Zemo (disguised as Bucky “Winter Soldier”) bombed the UN gathering to disrupt the Accords and caused the rift in the Avengers. In doing so he killed King T’Chaka, the reigning monarch of Wakanda. His son, T’Challa, took the family ring from his father’s finger and became the king of Wakanda and the Black Panther. 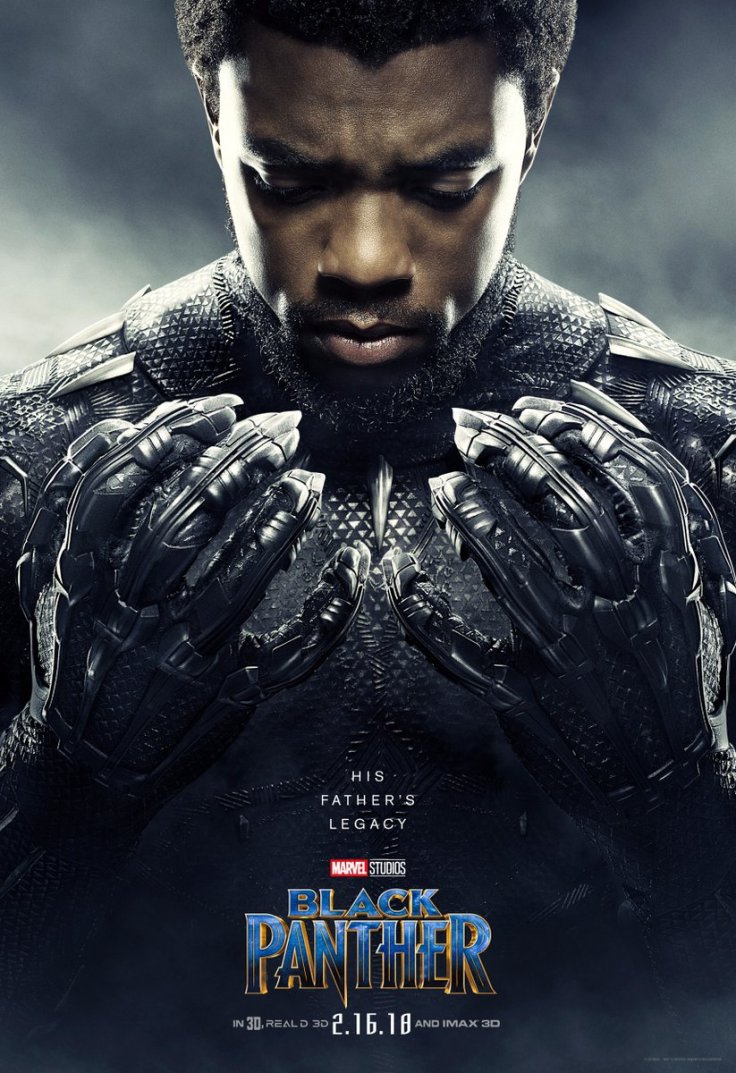 After failing to kill/capture Bucky himself, T’Challa allied temporarily with Iron Man and the pro-registration side. Following the airport battle and the evasion of Bucky and Cap from the authorities, Panther followed Iron Man in a Wakandan stealth ship to the bunker in Siberia.

It was there he learned the truth about what had happened and realized he had been hunting the wrong man for his father’s death. He took Zemo in for his crimes and retreated to Wakanda giving Bucky and Cap sanctuary from the authorities.

The movie picks up with T’Challa fresh into his role as king. He is attempting to rescue some women who were kidnapped by a Warlord. As he returns to Wakanda, he is greeted by his mother, the Queen, and his sister Shuri. Shuri is the brilliant mind behind most of Wakandan technology and would definitely give Tony Stark a run for his money.

In order to be crowned King of Wakanda, the tribal leaders that make up the Senate of Wakanda are given the right to challenge T’Challa in one on one ceremonial combat. The winner of this combat will be crowned king of Wakanda and Black Panther.

Eric Stevens partners with Ulysses Klaue to enact a plan he has been harboring for years. When the “Killmonger” arrives in Wakanda, he immediately sets his sights on the throne.

Black Panther has a vast array of characters that are important to the plot. The amount of people involved in the film is staggering; not to mention, the fact that this film is made up primarily of actors and actresses of African and African- American descent makes it even better. 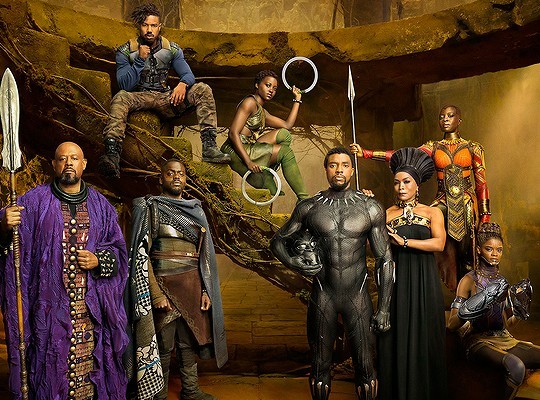 While there are far too many characters to list, here are the most prominent characters and the actors/actresses portraying them:

As I said before the amount of people in this movie is impressive and all the characters are important in their own way to the progression of the story. Angela Bassett, Forest Whitaker, Winston Duke, and Andy Serkis all bring their A-game to this film and make their characters memorable.

The particular stars of the movie for me are Michael B. Jordan and Letitia Wright.

Having only ever seen Jordan in a role as the hero/protagonist it was a very refreshing change to see him as the ruthless villain. He brought an intensity and backstory to the character that hasn’t really been seen for a villain in a Marvel movie.

Letitia Wright was definitely a breakout star for this film. She perfectly nails the sarcastic and youthful approach that the studio was giving to the character. Not only that, but she is probably the smartest person in the MCU. Her youth hasn’t stopped her from designing and building a large majority of the technology which is seen being used in Wakanda.

I don’t want to say too much more for fear of revealing the plot or character development; however, the cast created an atmosphere that really brings you to the magic and wonder that is the Wakandan nation.

I will be the first to admit that I know nothing of African culture or traditional dress. Being a straight white male of Scottish and Polish descent and growing up in the Dutch farmland of Ontario, I was never really exposed to other cultures.  That being said, even I was able to tell the incredible work done by both the costume designer Ruth Carter and the production designer Hannah Beachler. They took influences from cultures all across Africa and incorporated them into the costumes for the actors in this film.

The bright colours and intricate weaves of some of the costumes looked incredible while still remaining fuctional. The Dora Milaje definitely stole the show in their battle armour and their ceremonial garments.

Again, coming from someone who’s entire knowledge of African culture has been from movies and brief subjects in history class, I was blown away. I can only imagine how people native to the many cultures displayed in this movie could have felt.

The action in this movie was top notch, even for a Marvel movie. I’ve personally found that while the action is always “good” in an MCU installment, there are a few where it really pops, Captain America: Winter Soldier, Daredevil, and Spider-Man: Homecoming are prime examples.  Black Panther really leaned into the influences from several martial art styles as well as the big cats of Africa themselves in inspiration for the choreography. One of the opening scenes see T’Challa taking on a warlord and his soldiers, and in this scene, he stalks them and hunts like the big cat of his namesake. When the action does kick off he dials it up to 11 and takes no prisoners.

Killmonger is definitely one of the better choreographed villains in the entire MCU. He trained in the American military and special forces and then eventually came to work for the CIA. Later in the film, Everett Ross describes him as ” one of the guys we would send into a country during times of political upheaval to destabilize the nation”. The fact that they would send one man in to destabilize an entire country just shows you how well trained and lethal he is. His motivations are a little weak but overall he brings a ferocity that none of the other MCU villains have been able to match. 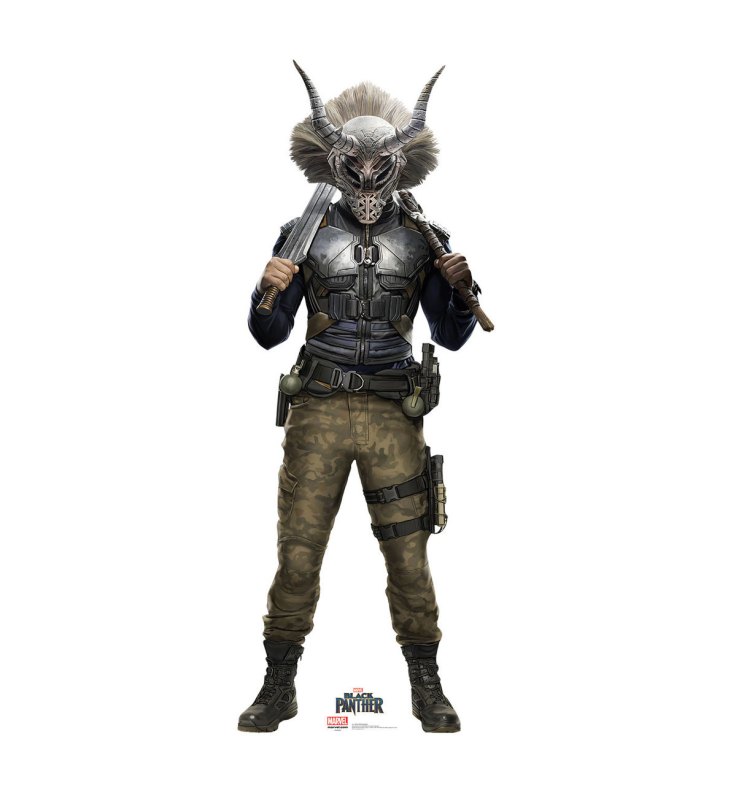 The final battle is definitely one for the books. It incorporates the various styles of the different characters in the film into one great fight. The best part of the whole fight when Daniel Kaluuya’s character (W’Kabi) brings what his people are known for to the fight and ups the stakes even more.

While it’s obvious that the shots of Wakanda are all done on a green screen (because Wakanda doesn’t actually exist… or maybe… that’s what they want us to think) Coogler does a wonderful job of making you feel like you are there in Wakanda experiencing this first hand. From the sprawling jungles to the metropolis of the capital city itself, Coogler crafts an entire nation of wonder and technology that would make Tony Star’s mouth drop open in awe.

I’m not one for cinematography, but I can appreciate when someone does their work well!

While the story was engaging there are obviously plot holes, it happens with every movie. While they aren’t glaring they are there, but for the casual movie goer they won’t even notice them.

The story of this film is very much centered around redemption and acceptance. When we start off, T’Challa is trying to accept the role he has been given as ruler of Wakanda and it’s defender. Through turns of events, his belief in everything he has known is called into question and he has to find it in himself to fight for what he believes is right. While he doesn’t know what to believe, he knows that he has to believe in himself if he wants to become the King his father and people believe he can be.

As I’ve said before, Killmonger is probably the best villain the MCU has put out to date. He is ruthless, calculated, and resolute in his belief. He knows that what he has to do might make him enemies but in the end he will be the one standing above the ashes and he will be victorious. I feel I can say this without wandering into spoiler territory, his belief is not wrong. During the film you are shown things from the perspective of T’Challa and his father, when Killmonger enters the picture, you are shown his side of the story and realize that he isn’t wrong in what he thinks. This draws an interesting development to the story as you try to figure out who the real “villain” is. The story very much plays on the trope of right vs. wrong and every shade of grey in between.

I will definitely recommend that everyone go and see this movie. Regardless of if you are a fan of comics or not the story and cinematography alone are worth seeing. Coogler and his team crafted probably one of the best Marvel movies to date. I would rate this movie a solid 9/10. As a comic fan there are nit picky things that I didn’t like, but I didn’t let them discolour my impression from the movie.  Check this out as soon as you can! I’ll be back next week for another installment of most underrated heroes, see you then!