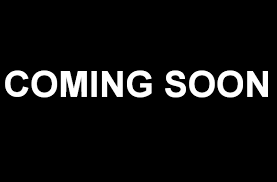 Coming off Thanksgiving weekend and the multitude of trailers that were released, I am going to focus on two in particular and those would be the Justice League and Star Wars trailers.  In preparation for writing this post, I spent a solid half an hour of my morning routine watching and re-watching both trailers to have them both fresh in my memory. So let’s dive right in. 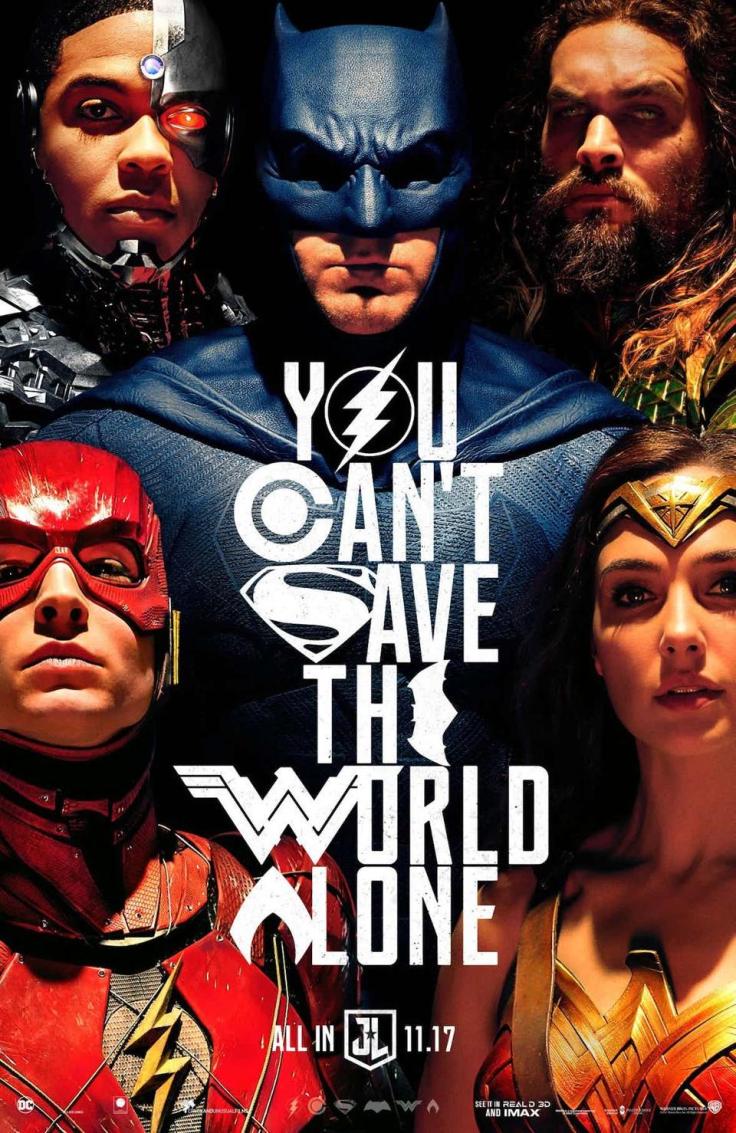 This Justice League trailer  showcased each of the Heroes in their own little spotlights. It also included some more spot on humour courtesy of Ezra Miller as Barry Allen. But the meat of the trailer comes from the showcasing of the invasion.

The trailer starts off with Lois looking out of the Kent farm and seeing Clark standing in the field looking towards the sun. He remarks about how the fact she has the ring on her finger means yes, but then Lois wakes up alone from her dream, in a world without Superman.  News is played in the background citing that terrorism and war are at an all time high and that the world is without hope now that Superman is gone.

As the voice over from Bruce begins talking about his nightmare (the Knightmare sequence from Batman V. Superman), we are shown close ups of the Parademons as well as an ancient battle in which a man is being turned into a Parademon. We also get to see some of the power the big bad Steppenwolf can toss down when he decimates what appears to be a scouting party of Amazons, with one strike of his weapon (hammer/axe) on the ground. We also get another shot of what I assume to be the opening battle between the forces of Apocalypse and the united armies of man, Atlantis, and the Amazons.  We are then shown snippets of each of the respective heroes, most notably Wonder Woman standing on a Statue of Lady Justice. Snippets of the final battle begin with intermingling dialogue from Bruce Wayne and inter-cut humour and jokes from Aquaman and Flash.  This movie does appear to bring the colour out of the darkness and is shown to be very rich in reds and oranges as colour tones. We get to see the Justice League doing battle with some Parademons and the Batmobile in action as it smashes through a blockade set up. The trailer also shows us shots of each member of the league failing to fight the enemies by themselves while the narration states ” Alone we are weak… Together we are strong”. The final scene is great bit of humour from Flash when the Bat signal is thrown in the air and helps to make this movie a lot lighter in tone than the previous entries in the DCEU.

WHAT THIS TRAILER TELLS US

As an avid comic fan, the story is pretty clear when you look at all the trailers and teasers that have been released.

An ancient battle took place on Earth in which the Amazons, Atlanteans, and Man had to unite against the dark forces of Apocalypse. The alliance was victorious and as such each race claimed a motherbox. The motherboxes were hidden without the other races knowing their locations. Steppenwolf is sent to Earth to find the motherboxes and activate them which will allow the Apocalyptan army to invade Earth.

Batman and Wonder Woman are trying to recruit other meta humans to fight for humanity should the need arise and to honour the sacrifice of Superman. Flash, Aquaman, and Cyborg are thrust into this team up in order to save the world from destruction.

Regardless of what all the promotional work might say Superman will be showing up in this film. I don’t think he will appear until the final act, but I could be wrong. The fake cop-out of Superman’s death in Batman V. Superman was the biggest waste of time for any movie goer because there can’t be a Justice League without Superman, there just can’t.

Here is the trailer that was released on Saturday for those that haven’t seen it themselves yet.

Let’s move on to Star Wars! 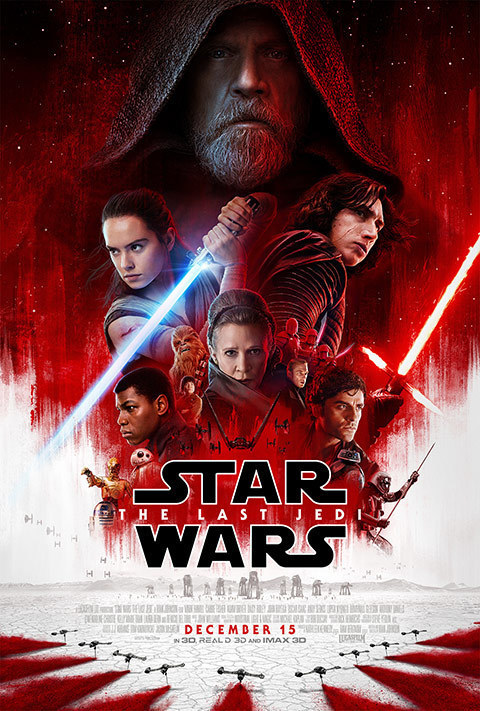 This trailer was a little more cryptic than that of the Justice League movie. While it still does showcase a lot of what the potential plot could be, it still leads quite a bit up to the imagination.

The trailer starts with an individual staring out some windows while water is running down them and we can see some sort of machinery in the background. We are shown different cuts of new footage like the Gorilla walkers for the first order and what looks to be Kylo Ren leading a large contingent of storm troopers into a cavern where the floor in made of volcanic looking rock with red highlights.  While all of these shots are appearing one right after the other we are told by Snoke that ” When I found you, I saw raw untamed power and beyond that something truly special”. It’s unclear who he is referring to but it is led to believe he is talking to Kylo Ren. We are then quickly transferred to Rey’s training at the hands of Luke, where he is amazed at her raw power (she is able to crack the rock upon which she is meditating by using the force). Luke quickly tells her that he has only seen power like that once before and it didn’t scare him then, but it does now. As he delivers this line we are shown what can only be Luke’s temple he was training the new generation of Jedi in up in flames as he collapses beside R2D2.

The trailer pans up to space battle and we are shown Kylo Ren’s personal fighter ship as he destroys the defenses on a Resistance Frigate and prepares to target the power core to blow the ship. He hesitates as his mother is on the ship. We see the Millenium Falcon in action evading some Tie fighters as Chewie performs his trademark Wookie call and one of the new creatures (pooko?) screams in surprise. Poe delivers a line of hope saying “they have the spark that will light the fire that can burn down the First Order”, and we see Finn in a First Order uniform battling Captain Phasma with one of the shock batons. We are shown more training by Luke while he says “This isn’t going to go the way you want it to”. The First Order and the Resistance do battle, and Snoke is shown to be torturing Rey while she is suspended in the air by the force. The trailer ends with Rey saying she needs someone to help her find her place in all of this and then we switch to a cut of Kylo Ren in what appears to be the same scene holding out his hand.

WHAT THIS TRAILER TELLS US

This trailer is a lot harder to read than the Justice League one, only for the fact that this story is 100% original whereas the Justice League Story was based of the New 52 Justice League Origin by Geoff Johns. It appears that Rey is deep in her training with Luke and Kylo Ren has recovered from his wounds he received during the Force Awakens. My guess is that story is going to take a left field turn. It would be a refreshing change of pace for the Star Wars universe and would bring a more realistic approach by making it less black and white and adding a few shades of grey into it.

My guess is that Kylo Ren is going to be unable to kill his mother and she will survive until the end of the movie when she will be killed by her ship being blown up in a space battle. It’s not a very fitting ending for Carrie Fischer but with her passing I don’t think they would disrespect her memory by having her face added digitally to a different actor’s body.  Luke and Rey are going to grow frustrated with each other because of Luke’s unwillingness to train her for fear of making another Kylo Ren.

Snoke is going to try and take Rey as his apprentice and induct her into the Knights of Ren. This is going to sever the tie between Snoke and Kylo and I think Kylo and Rey are going to forge their own path as Grey Jedi instead of the typical Sith and Jedi.

Poe and Finn are working heavily for the resistance and it looks like Finn is going to go undercover in an attempt to steal secrets/sabotage a base. He will obviously get found out by Phasma which will lead to the showdown with the stun baton and Poe having to rescue him, furthering the bromance.

Here is the new trailer for those that haven’t seen it.

All of this is obviously just speculation but I can’t help to hope that Star Wars might do something other than the typical good vs. bad for once.

Any comments leave them below! Otherwise see you next week!